Some Thoughts on Feeling Grounded by Local History

Health and Well-being sustainability: refers to “the condition or state of being well, contented and satisfied with life … Well-being (and so quality of life) has several components, including physical, mental, social, [intellectual,] and spiritual. Well-being and quality of life are also used in a collective sense to describe how well society satisfies people’s wants and needs.”iv; “a shared sense of meaning and purpose is the single attitude most strongly associated with community well-being. The process of arriving at collective meanings is central to the health of a community.”v [emphasis and superscript in original]

Lest you fear, as I do, that the emphasis on collective meaning will produce homogeneity by erasing disagreement, the document goes on to address cultural diversity:

Social sustainability: “deepening and diversifying relationships, aiming to reflect the diversity of society in all that they do”viii: engaged in socially responsible work that affects real social and environmental change with the potential to create public benefit on a larger scale.ix [emphasis and superscript in original]

Although I came across these passages in the course of grant writing at a local history museum which was, until recently, my place of employment, I found that in the last two years or so I have returned to this again and again outside of work.

Fort McMurray–my place of residence between April 2016 and last week–is a strange community, one with an identity very much up for debate. It is not clear what collective meanings its citizens might share, and if there are any, I’m not sure how much I like them. I have had trouble reckoning with it as something of an outsider. It is a city of outsiders in a way unlike most other communities of its size, of course, with a high turnover rate in its population, but I am also something of a political outsider, a leftist in this most (economically) right-wing of cities. It is a hard city to make friends in at the best of times and I found it harder to do so because I knew I would be leaving in just a few years. How could I find a place for myself in this city? How could I ground myself if I knew I would not be putting down roots?1 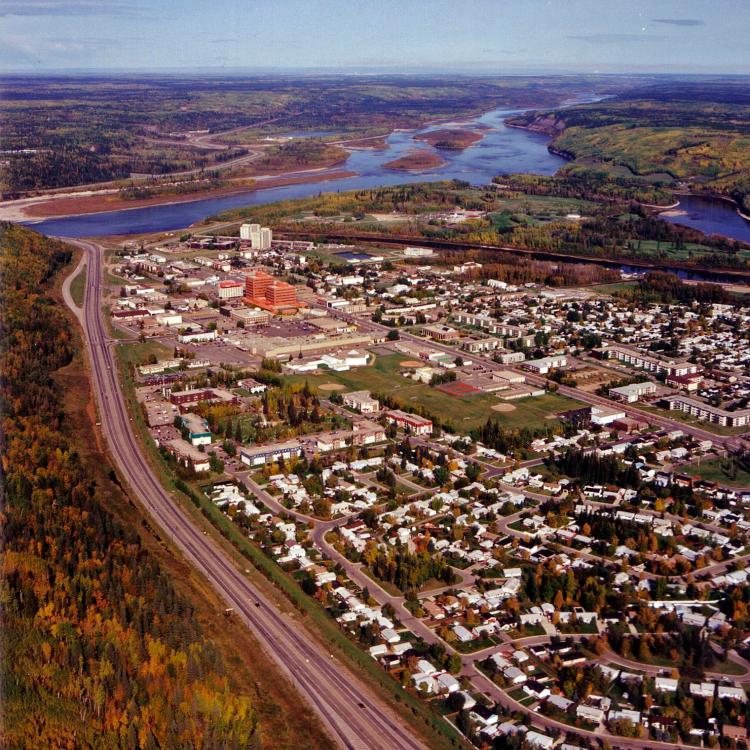 Photo of Fort McMurray, 1991, by Gord McKenna at Flickr, with a Creative Commons License.