Amod Lele of Love of All Wisdom, in the comments of my second to last post, “A Partial Apology for Liberalism,” recommended that I read Alasdair MacIntyre’s After Virtue. Though I was skeptical for the first few chapters and I found some of the prose unclear, I wound up quite enjoying it. I’m not convinced of the demonstrative half of his argument, but I will discuss that in greater length later. Right now I want to focus on his discussion of Sophoclean tragedies. 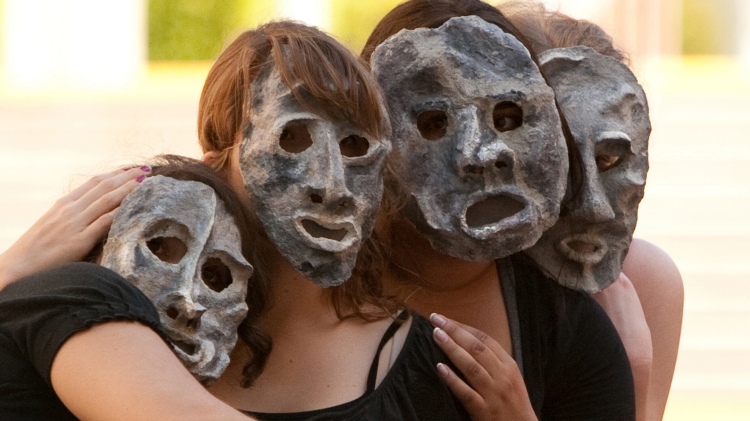 After Virtue is not meant to be literary criticism, but it is important to MacIntyre’s argument to show that Aristotle’s ethical thinking developed out of a tradition of Greek, and then more specifically Athenian, ethical philosophy. Thus he discusses the ethical philosophy depicted in Homer’s Iliad and Odyssey–both the ethics of the characters and the ethics of the narrator, which differ–and then moves to those thinkers much closer to Aristotle’s own time: the sophists, Plato, and the tragedians. Of these last his exemplar is Sophocles. So he does something like genre analysis, looking at a feature which characterizes, to a greater or lesser degree, Athenian tragedy in general:

[In Sophocles’s Philoctêtês], Odysseus has been sent on a mission with Neoptolemus, the son of Achilles, to secure Philoctetes’ magical bow in the taking of Troy. Odysseus behaves in the play according to precisely the same canons which govern his behavior in the Odyssey. He does good to his friends, harm to his foes (thus satisfying one of the definitions of justice which Plato rejects at the beginning of the Republic). If he cannot get the aid of the bow by open means, his cunning will devise deceitful means. In the Odyssey that cunning is treated unambiguously as a virtue; and it is of course for his exercise of the virtues that a hero received honor. But Neoptolemus sees Odysseus’ stratagem to deceive Philoctetes as dishonorable. Philoctetes had been grossly wronged by the Greeks who had left him to suffer for nine long years on Lemnos; Philoctetes has nevertheless received Neoptolemus and Odysseus with trust. Even though he now refuses to come to the aid of the Greeks at Troy, it is wrong to deceive him. Sophocles uses Odysseus and Neoptolemus to confront us with two incompatible conceptions of honorable conduct, two rival standards for behavior. It is crucial to the structure of the tragedy that Sophocles offers us no resolution of this conflict; the action is interrupted, rather than completed by the intervention of the semi-divine Heracles, which rescues the characters from their impasse.

I think part of the power of MacIntyre’s assessment is that it explains the deus ex machina rather than simply explaining it away. By this reading, introducing a god does more than straighten out a tangled plot–or, at least, the fact that only a god can untangle it is fundamental to the outlook behind Athenian tragedy (note that it was Aeschylus, not Sophocles, who wrote the Oresteia):

The intervention of a god in Greek tragedy — or at the very least an appeal to a god to intervene — often signals the disclosure of an incoherence in moral standards and vocabulary. Consider the Oresteia. The archaic and heroic rules of vendetta both enjoin and forbid Orestes to kill Clytemnestra. The intervention of Athena and the resolution of the issue between her and Apollo establish a conception of justice which shifts the center of authority in moral questions from the family and the household to the polis. In the Antigone the demands of the family and the polis appear precisely as rival and incompatible demands.

In the conflicts of Sophoclean tragedy therefore the attempt at resolution unsurprisingly invokes an appeal to and a verdict by some god. But the divine verdict always ends rather than resolves the conflict. It leaves unbridged the gap between the acknowledgment of authority, of a cosmic order and of claims to truth involved in the recognition of the virtues on the one hand and our particular perceptions and judgements in particular situations on the other.

The Sophoclean tragedy’s view of ethics is much different from that which follows, and according to MacIntyre that might explain Plato’s hostility to poets: for Plato, the Good is singular. Because all virtue is alignment with the transcendent idea of the Good, “within the city and within the person virtue cannot be in conflict with virtue.” Tragic drama depicts just such a situation, however, where choosing to adhere to one moral truth “does not exempt me from the authority of the claim which I chose to go against.” This might explain some (though likely not all) of Plato’s animus towards the poets.

For much the same reason, Aristotle misunderstands tragedies even as he praises them. Because he agrees with Plato that the virtues are all in harmony with each other, Aristotle attributes conflict to “either flaws of character in individuals or of unintelligent political arrangements.” Therefore on Aristotle’s reading, the tragic hero falls because of his hamartia, his fatal flaw, and not simply “because the human situation is sometimes irremediably tragic.”

I am not competent to say whether MacIntyre’s reading of Sophocles is a good one. I have only read Antigone, and not in its entirety, and not since high school. His reading’s ability to explain the deus ex machina as more than the tacky resolution of a poor playwright goes a long way to convincing me, but I’d have to read the plays to be sure. Nonetheless, I have to say I was pleasantly surprised to read about genres in this book: you all know much how I love that sort of thing.

As indicated above, MacIntyre also had things to say about classical epics on the one hand and the mediaeval romance on the other, both of which pertain to my past discussion of early modern epics. Perhaps I will write more on that at a later date.

3 thoughts on “MacIntyre on Sophoclean Tragedies”