There is some writing from my previous degrees with which I am sufficiently happy that I might share it in a From the Personal Archives series any month I don’t run the Revisiting series. As with last month’s offering, this piece is from Michael Snediker’s 2008-2009 undergraduate course at Queen’s University called American Literature: The Fabulous and the Mundane. And as with that piece, the paper makes more sense alongside the text—Charles W. Chesnutt’s “The Goophered Grapevine” in The Conjure Woman and Other Tales (1899)—but I think this one reads perfectly well even if you know nothing about the original. The last paragraph betrays a lot of my own theoretical preoccupations at the time. 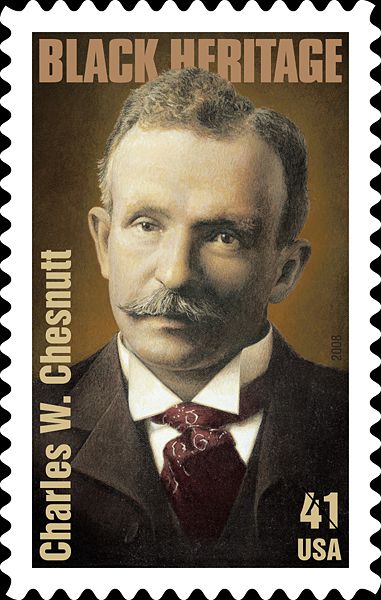 After Uncle Julius tells his tale in Charles W. Chesnutt’s “The Goophered Grapevine,” the Northern narrator buys the supposedly haunted vineyard anyway and finds that it is not so cursed after all. He also discovers that the local used the abandoned vines for his own use and wonders “whether [his desire for the grapes] inspired the goopher story” (43) on which the narrative is centred. Certainly the narrator believes that Julius tells the story to prevent him from buying the property, and he would have the reader believe this as well. However, the conjure tale’s structure roams far from the vineyard’s undesirability, emphasizing that its interests are elsewhere. Untangling the motives behind Julius’ story is night impossible, but “The Goophered Grapevine” does give an example of a character appropriating another’s texts to support his own narrative.

Four and a half pages of the story explain the narrator’s investigation of the property, while eight pages are dedicated to Julius’ narrative, with the northern gentleman concluding in the final page. That he frames the story is the northerner’s only claim to being the real narrator. He uses this as well as he can. At the beginning he indicates how he wants the reader to hear the conjure tale: “There was a shrewdness in his eyes… which, as we afterwards learned from experience, was indicative of a shrewdness in his character” (34). This sets the reader up to detect ulterior motives in Julius’ actions; at the end, we already know the narrator suspects the story was meant to secure Julius’ access to the grapes: “Uncle Julius… derived a respectable revenue from the product of the neglected grapevines. This doubtless, accounted for his advice to me not to buy the vineyard” (43). By providing such a frame, the narrator controls Julius’ narrative.

Or rather, the narrator attempts to control Julius’ narrative. The tale’s length and complexity thwart any neat motives that might explain it. The first three pages discuss the cures on the vines and how this came to be (35-37), but these events only introduce the story of Henry and how his master Dugal made a profit off of his slaves’ folk traditions, which spans the following five pages (37-42). A few paragraphs explain the grapes’ demise and why the narrator should not buy the property (42-43), and this last detail may confirm some of the narrator’s suspicions. Most of the story, though, uses the goopher only as a plot device, focusing instead on Henry and Dugal. We could guess at Julius’ motives for telling the story—he is critiquing the landowners’ exploitation of slave narratives; he is playing the part of the friendly local; he enjoys storytelling for its own sake—and we might be as right as anyone. Regardless, any guess would have to account for the story’s preoccupations and not the reader’s, as the narrator’s frame warns us.

To suggest that “The Goophered Grapevine” is a metaphor—intended or otherwise—for reading colonial, post-colonial, or otherwise marginalized texts is almost a truism. Critics can employ Bakhtinian dialogue Chomskian limits of discourse, but such readings are frustrated: that Julius’ motives are ambiguous recalls the intentional fallacy, while simultaneously the northern gentleman’s concerns—information asymmetry, fruit yield—demonstrate the problems that come when the reader, not the writer, constructs a narrative. Resolution must lie somewhere between the two participants, between the exploitative reader and the secretive author, in the translation.