Upon reading Dallas Hunt’s very compelling interpretation of the totemic transfer narrative in Mad Max: Fury Road, I remembered that I had not yet written about the myth-making and existentialism that run through that film—or, for that matter, more general thoughts on what it might mean that the post-apocalyptic has become a pervasive and powerful myth for our time. What does the wasteland, the world in ruin, do for us? What part of the imagination might the wrecks of civilizations and planets capture?

I anticipate that this will be an open-ended series because there is a lot of media I haven’t yet incorporated into my plans—The 100! Terra Nova and Dinotopia! The Cornetto Trilogy! Gamma World and Dark Sun! The Magician’s Nephew and The Last Battle! The Day After Tomorrow and the Terminator films!—but I have sketched out the first four posts, which will appear as I write them. With luck that means that they will appear one per week, but I make no promises. I will update the links and titles of this Table of Contents as I go. 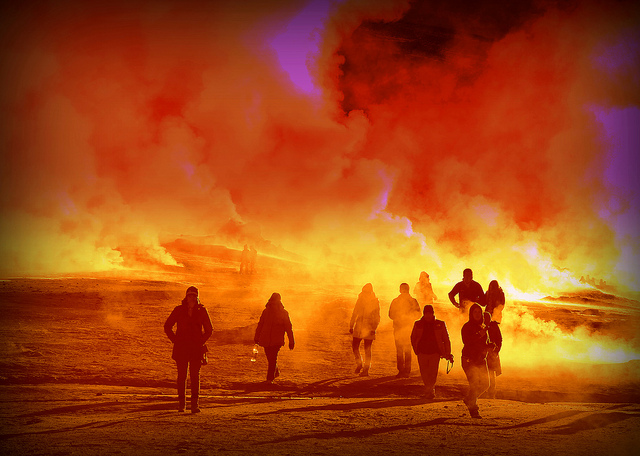 Part 2: Remaking America in Fallout 4
The destruction and recreation of the American Dream; a fantastic settler-colonial history redux—therefore with an aside on Andromeda

Part 4: Deserving Survival in the Colonial Fleet
Back to absurdity and reasons to live in Battlestar Galactica—which, after all, is Fury Road in space

One thought on “After the End: Meditations on Post-Apocalyptic Media”